A company named MechDome says it will be bringing Android apps to Windows 10 without any alterations in their source codes, and that the converted APKs can run on all Windows 10 platforms – smartphones, tablets, and PCs.

According to the company, users will be able to convert Android apps to run naturally on Windows and any converted Android apps will automatically use Windows Notifications and open the Edge browser when running on Windows 10.

Are saying, â€œThis is not the first time we are hearing this,â€ never mind, we are together. Samething ran through my mind too when I saw their statement of intent. However, MechDome can be trusted to an extent since it has already offer a service that converts Android apps for use on iOS. 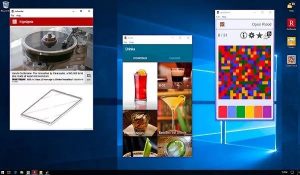 Android app developers will simply upload their compiled Android app (APK) to MechDome, which does the automatic conversion to a native iOS app, optimized to run on their selected platform. They then download the iOS app and distribute it to users.

It sounds simple, straightforward, and fast. The Windows version will work in a similar way to produce Windows apps from existing Android apps.

Can This Bring Back Windows Mobile Platform To Life?

However, there are still millions of Windows PC and tablet users. Some of them are interested in running some Android apps on those platforms. As such, while this is practically useless for mobile, it has a market in PCs and tablets.

Android app developers may need to keep their eyes on this and give it a spin when operational.