Many are still surprise how Apple didnâ€™t sell as much iPhone Xs as expected and projected by the company despite the hype and the beauty. The last report coming out of the California-based company says they had sold about 77.3 million iPhones (including the iPhone X) during the last quarter of 2017 – 1% drop from the same period in 2016 but still very surprising.

Analysts casted the blame on iPhone X for the drop. Apparently, the phone is too expensive and Apple is even considering pulling the cord on this particular model. There are reports that Apple has already cut the production of iPhone X by half. The company had initially planned to produce 40 million iPhone Xs between January and March 2018 but this number has now been set at 20 million. 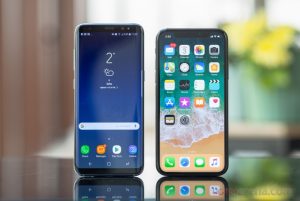 How This Drop Affects Samsung

Appleâ€™s woes are spreading over to Samsung, who have been producing the iPhone X OLED displays. Apple buys an OLED display from Samsung at a price between $120 and $130 and this is one of the reasons the iPhone X costs so much. In anticipation of Appleâ€™s demand, Samsung had produced surplus OLED displays.

This is now becoming a problem as other OEMs (Original Equipment Manufacturers) are not willing to use these expensive displays. Samsung has now been left with unused OLED displays that donâ€™t have buyers. OLED displays are generally expensive and due to the competitive nature of the smartphone market, most OEMs use price a differentiating factor thus they are sticking to the cheaper LCD displays which in turn mean they can offer their smartphones at a lower cost to the consumer.

Nokia 8 Pro to come with Snapdragon 845 and 5 cameras