Anytime from now, Instagram users will have access to monitor anybody who take screenshots of their Stories. A new feature called Instagram screenshot alerts for Stories is on the way and is already conducting tests with a limited set of users.

Participants in the trial program are being warned that the next time they take a screenshot or screen recording, the person who posted the story will get a knowledge of it. Thus, this is serving as an upfront warning to everyone that their screen-grabbing activities can be monitored.

The person who posted the story will not get a notification about the screenshot though, but if they go to the list of story viewers, they will see â€œa new camera shutter logo next to anyone who took a screenshot of their photo,â€ according to a report from TechCrunch.

Will This Feature Get To Messaging Apps?

We like this feature and cannot wait to see other apps implement it too. Twitter is legendary for screenshots of tweets springing up and being used against people years later. Perhaps a screenshot alert will deter some.

Take WhatsApp as another example. Often you are having a private discussion with someone and the other party is taking screenshots of the conversation. At least, if such an alert is available, you will get to know who is doing what. 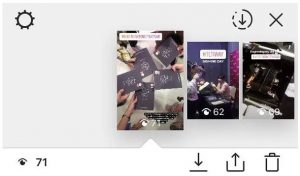 A screenshot alert feature in messaging apps will not hand you back your privacy 100%. But will serve as some deterrent to people who love to sneak surprises on others.

In the meantime, you can expect to get this new Instagram screenshot alerts feature soon when it goes public, so be on the lookout for it.