How Much Of Your Time Do You Spend On Facebook?

According to the latest earnings report, a lot of users are spending less time on Facebook, the company recorded a reduced watch time of 50 million hours, which is a drop of 0.035 hours. They also reported their first-ever decline in daily active users in the U.S. and Canadaâ€” it had 184 million daily users in this region in the quarter, down from 185 million in the previous quarter.

Despite the decline in the number of users, Facebook still raked in a record $12.97 billion in total revenue last quarter! That is not all, the average revenue per user (worldwide) hit $6.18, up from $5.07 in the last quarter.

Zuckerberg Not Worried About The Decline 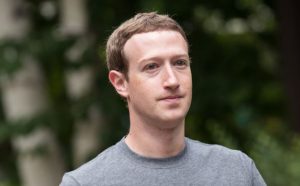 Few weeks ago, ZuckerbergÂ saidÂ he expected those changes will lead to people spending less time on Facebook, which would be a reduction on top of the decline that happened in 2017.

“Research shows that strengthening our relationships improves our well-being. When we use social media to connect with people, that correlates with long term measures of well-being you’d expect, like happiness and health,” he wrote.

“But passively watching videos or reading articles may not have those same effects. … Let me be clear: helping people connect is more important than maximizing the time they spend on Facebook.”

However, there’s money in the bank, too, he says.

“We already know that time in News Feed interacting with people is more profitable than time passively consuming video or news,” he wrote.

“When you care about something, you’re willing to see ads to experience it. But if you just come across a viral video, then you’re more likely to skip over it if you see an ad.”

More changes to Facebook are coming, to continue to emphasize interactions over consumption, the company has said.