Halifax, Bank of Scotland, MBNA and Lloyds which is owned by Lloyds Banking Group will block customers from purchasing Bitcoin with their credit cards. The banks dim the restriction necessary because they fear that their customers might borrow cash to invest in the cryptocurrency and might lead them to debt, according to The Guardian.

Recall that Bitcoin price soared from $800 to almost $20,000 just in one less than a calendar year and this attracted the interest of the public. The price is currently under $8,000, and banks are now worried their customers might get caught up in the obsession and end up maxing out their credit cards. 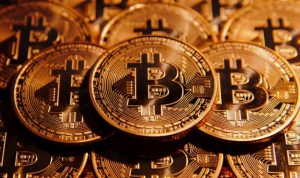 The same decision was taken last week in the US. Bank of America, JP Morgan Change, and Citigroup credit cards are now blocked from Bitcoin purchases, just for the same reasons. While some countries are already treating the cryptocurrency as a taxable commodity, their governments are still struggling to figure out a proper regulation.