It’s not every time we see booting out of popular apps such as Telegram from app stores of different smartphone ecosystems. In fact, the only time this happens is when an app is abandoned by its developers or they compromises in terms of security. An instance was the removal of Alibaba’s UC Browser from Google’s PlayStore but was later restored. In some cases, these digital smartphone companions fail to meet minimum standards as required by Google Play or App Store, among other platforms.

Telegram which arguably one of the top apps that is used around the globe thanks to its robust chat-related features got a terrible shocker. Apple claimed that the app was showcasing ‘inappropriate content for users.’

That is vague, but if you dig deeper into this matter, you would see why this is the case. Users can do a lot of ‘illegal’ things over there, including accessing music files that are clearly not paid for, as well as leveraging bots to perform actions that could be perceived as inappropriate by some people. 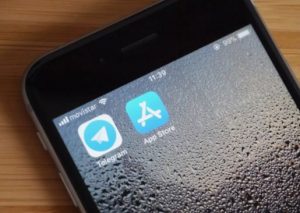 Perhaps the most controversial issue is the app’s popularity among terrorists, who use it distribute propaganda and self-destructing messages, among other illegal activities that compromise security in a some countries across the world. To put this into perspective, Telegram has around 180 million monthly users as of December 2017, 40 million of whom are based in Iran. The country is not the best as much as security is concerned as it was revealed that some very bad people were using it to coordinate criminal activities.

ALSO READ:  Key Differences between the new Telegram X and the Regular Telegram

It is worth noting that Telegram is testing an improved, and supposedly faster version of the app called Telegram X, which has also been kicked out of App Store. The duration of the ban has not been revealed, but our guess is that some of the issues that caused the suspension will be addressed for iOS users to go back and enjoy the services of a robust sticker collection.

Admittedly, this is a big deal for iOS, which, has been argued for almost a decade now is a closed mobile operating system. This means that it is challenging to sideload an app on iPhones/iPads, some thing Android users can easily do, making such a move by Apple a non-issue for the latter demographic.