Xiaomi brushes Samsung aside to become number one in India

India is the second-largest smartphone market in the world, with the United States at the top and that is reason why this news is necessary. Xiaomi has now taken the top spot in smartphone vendor in India, with a market share of 27%, taking the spot from Samsung, who now have a market share of 25%.

Xiaomi, a small player compared to Samsung who have far superior Research and Development and a better hold on the supply chain since they make most of their own components, sold close to 8.2 million units in Q4 2017, a significant amount over Samsungâ€™s 7.3 million units sold in the same period.

According to Canalys, the smartphone market in India grew by 6% in the last quarter of 2017. Surprisingly, the two top players have a combined market share of 52%, leaving less than half the market for others to fight over. 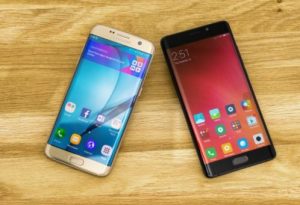 The Top Five In The Market

The other top five slots were filled by Vivo, OPPO and Lenovo respectively. Ishan Dutt, Canalys Research Analyst says that the main reason for Xiaomiâ€™s success is localization in channel strategy, marketing and products.

â€œMultiple factors have contributed to Xiaomiâ€™s growth, but the key reason for its current success lies in the autonomy that it granted its Indian unit, letting it run the business locally,â€ he said.

He goes ahead to explain that Samsungâ€™s loss can be attributed to â€œits inability to transform its low-cost product portfolio.â€ According to him, Samsung has been unable to win the cost-conscious customers and thus losing out in the budget segment,

â€œdespite its ability to offer better margins and funding to the offline channel, consumer demand for Samsungâ€™s devices has been weak,â€ he added.

This win by Xiaomi, will most probably translate to better sales worldwide as the company is said to be preparing to expand to other markets outside of India and China. However, Canalys states that growth in 2018 will be hard to come by. The analyst company explains that Xiaomiâ€™s market share in India is reaching saturation and the China smartphone market is shrinking, thus the company should be contended with slower growth.

Samsung To officially unveil the Galaxy S9 on February 25