WhatsApp is working on how to protect its users from Spam messages. We all know that Spamming is not a new thing on the Internet. It’s been in existence, since the days when email was one of the few ways one uses to communicate with friends and family, especially those without Yahoo Messenger.

WhatsApp messenger is one of the most popular messaging application where users usually receives chain texts from another persion. However, some of these messages can be very annoying. It appears the Facebook-owned company is working on a way to reduce this, according to WhatsAppen.

The site said WhatsApp is working on a feature that will warn you if you receive a message that has been forwarded many times or you intend to forward these messages. This was discovered in the translation section of WhatsApp.

ALSO READ: WhatsApp is rolling out the YouTube support for direct view of videos in the app

If you receive such a message, you will get a notification “forwarded many times” at the top of the chat bubble under the sender’s name. 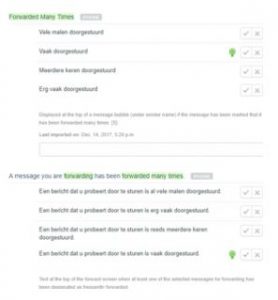 WABetaInfo shared screenshots with the site which displayed how they show such notifications when you try to forward such texts to yourself. The notification appears at the top of the screen, where it says “a message you are forwarding has been forwarded many times.” 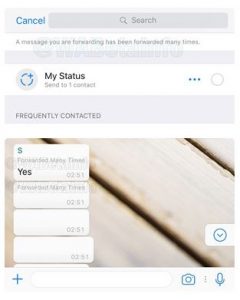 Currently, WhatsApp fights spammers by giving you tools to block and report messages from unknown contacts when they send you spam texts.

This is a great move by WhatsApp in the fight against spam in the social network, which has become rampant. Spammers find it easy to do this since they can share these messages by either forwarding the messages or using the Broadcast feature, albeit the latter works if the recipients have the spammer’s number saved on their contact lists.

Since this feature is under development, we will have to wait for a while to see it being rolled out to everyone.

What Is Dual Wi-Fi? How Is Different From Dual band Wi-Fi...