What you need to know about the Telegram Messenger’s Cryptocurrency

Few weeks ago, Tellforceblog told you about the plans by Telegram to launch its Blockchain platform and cryptocurrency. Telegram, who owns one of the most loved messaging app will be name the platform as ‘Telegram Open Network’ (TON).Â The company says the platform will be based on an improved variant of Blockchain technology.

TON will be a new, â€˜third generationâ€™ blockchain with superior capabilities, after Bitcoin and, later, Ethereum paved the way.
Initial reports of this new platform surfaced earlier this year from Anton Rozenberg , a former worker of Telegram’s publishing department Telegraph. Rozenberg posted on Facebook that which he claims is an advertorial to its new platform. He also pointed out that TON would help those below oppressive governments, because they’d be able to transfer cash natively via the messaging app. 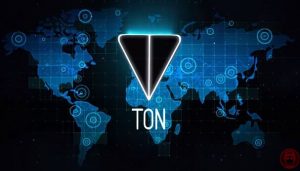 TON is going to be known as â€œGramâ€ and the platform will be integrated with many of the most popular messaging apps (it’s not yet certain which ones). The platform will utilize light wallets, making it unnecessary for users to download a big and unwieldy Blockchain.

Telegram is said to be considering raising as much as $500 million in the pre-ICO sale at a potential total token value in the range of $3 billion to $5 billion. However, those figures could change before the ICO, which could come as soon as March.
A pre-sale in an ICO is a minimum cap on investments (sometimes with discounts) to attract big investors (â€˜whalesâ€™) before a wider token sale to retail investors.

The TON platform also will not need to go through a multi-year bootstrap period like new platforms, because the Telegram program already boasts 180 mln users.

Telegram is already hugely popular with all the Blockchain community, as cofounder Pavel Durov proclaimed:

The currency will be listed on external exchanges and used inside the Telegram app.

If you are interested in the TON white paper, here is the link;

I think I will be among the first set of buyers because it’s going to be an interesting coin. What do you think about this Telegram move since the world is about to do away with fiat currencies?

512GB microSD card unveiled and will be coming this February

Snapchat now allows you to share on other social media