It appears Twitter wants to join in the list of networks copying Stories format from Snapchat like Facebook, according to Bloomberg. The publication states that the company is working on a new Snapchat style feature that would make it easier to post videos on the app.

Apparently Twitter has a working demo of the product, but the design is yet to be finalized. This means that it could change significantly in the next few months before an eventual launch, if that happens. The apparent goal is just like the Stories feature on Snapchat, which is to entice users to share videos of what is happening around them. 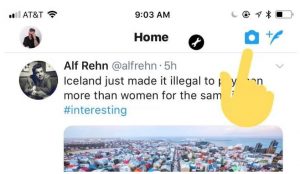 This feature would really augment Twitterâ€™s video platform. Currently, for you to post videos on the platform, you have to use the classic cumbersome process where you have to open the app, go to the compose button, tap on camera, record it and share to the world. In a Stories like format, this will eliminate unnecessary steps to shoot video. It is still not clear whether Twitter would decide to use the sort of standard rule for Stories where they disappear after 24 hours, but that is yet to be confirmed.

This move could make Twitter interesting to those who sees the social network as a pure text platform or there who find it hard to use the network. If they are able to use Stories on Snapchat, Instagram and WhatsApp, finding it on Twitter will make the experience familiar for them.

Key Differences between the new Telegram X and the Regular Telegram