You may actually be upset with this it, but the truth is there is one industry that is regularly a forerunner when it comes to a new innovation in technology world, and that industry is the adult industry. And now, this industry is advancing from the app generation to what you can grap with your hands doll generation.

We all know from the start that dolls are actually made for kids but adults now have theirs for advance purpose. However, the dolls gradually evolving into robot dolls and are targeted to replace humans in many areas.

The dolls of different gender, Male dolls, Female dolls, and Gender-neutral dolls. Thereâ€™s any type for your choice.

Are you Sapiosexual? A doll is available for you.

Are you straight? Thereâ€™s a doll for that.

Trans? Thereâ€™s a doll for that.

Bakassi fan? Thereâ€™s a doll for that.

You want All-In-One? Hmm! thereâ€™s a doll for that.

Ladies, donâ€™t ask if thereâ€™s a doll that can cook? Donâ€™t bother yourself to much, there is. 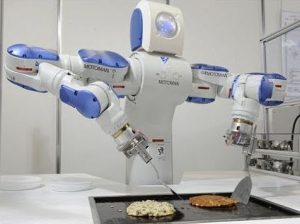 For males, if you want meals made and laundry done, you better believe it, thereâ€™s a doll for that. If dolls can be programmed to learn Kamasutra, how hard can it be to programme them to master the culinary arts? Please.

A Salute To World Peace?

The really exciting thing is that both male and female dolls exist. So forget the word marginalization.

Unfortunately, the toast might just be a bit early. The last time I checked, the arrival of these baby girl dolls has sparked another bitter round of the gender wars. Groan.

But drop the gender issues aside, dolls will be bigger than being just toys to play with. Have you heard of Sophia? Sheâ€™s not just a doll; she is a robot doll. She talks and interacts with people, learning and getting better on the job just the way humans do. Sophia even has an active Twitter account which she operates by herself.

Sophia has been around since 2015 and can present more than 62 facial expressions. She has already been given citizenship by the Kingdom of Saudi Arabia.

If you need help with scientific research and experiments, thereâ€™s a doll for that.

Looking for the one to help you in Farming? Thereâ€™s one for that.

For Business management? Thereâ€™s a doll for that.

The Future Has Been Hijacked By Robot Dolls

All robot dolls will evolve pretty much along the lines of Sophia. They will be able to talk and hold conversations. Eventually, they will come close to being as human as possible. You can fight it all you want, but as long as Donald Duck and King Kong-un do not hit those nuclear buttons and wipe out planet earth, as long as a virus outbreak does not wipe out the human population, World War Z-style, robot dolls will improve and replace humans in many fields.

They just might replace humans in intimate relationships too. In the not too distant future, we shall have artificial intelligence powered robot dolls that learn what you like/want/need/whatever and adjust behaviour/performance to your taste. Plus, you can order physical specs from the get go. You will no longer have to go through this trial-and-error dance that we call love. Just order your boo according to your specs and wants/needs. Satisfaction guaranteed for everyone.

Finally, it is the same science that will save the world or end it, depends on what you choose.

This Robot Destroys Coronavirus In Just 2 Minutes Through UV Light

Covid-19 Lockdown: Police Robot Takes Over The Streets in Tunisia To Prevent Roaming

This Robot Destroys Coronavirus In Just 2 Minutes Through UV…

Covid-19 Lockdown: Police Robot Takes Over The Streets in…