The Mavic Air Compact Drone Is As Small As A Smartphone

Imagine having a drone so compact that it is almost the same size of your smartphone after folding it up, yet powerful and coming with a superior camera for high-quality 12 megapixel photographs and 4k video. That includes 32 megapixel panoramic images, among others. The Mavic Air compact drone features quite a wallop. Check the specs and features below.

Some Features Of Mavic Air Drone 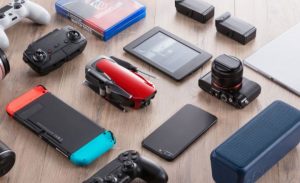 Mavic Air Drone can stably fly in windy conditions of up to 36 km per hour and as high as 5 km above sea level. The drone can move 4 kilometers far from you before losing signal and hasÂ maximum speed of 68 kilometers per hour. 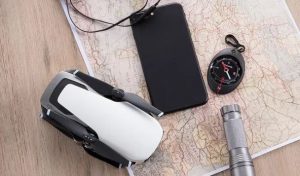 However, one of the major issues attached to drones is battery life which in turn affects the flight time. Mavic Air can stay in the air for up to 21 minutes, which is quite a feat, considering there are many compact drones that run out of power in 10 minutes.

The Mavic Airâ€™s controller has a cockpit display that streams you 720p real-time video transmission so you can see where you are going even if the drone is out of sight. Plus, its intelligent software uses information from seven onboard cameras and infrared sensors to construct a 3D map of its environment for more precise hovering and better flight performance, as well as to avoid and bypass obstacles automatically. The Mavic Air can sense obstacles 20 metres away.

ALSO READ:Â Snapchat now allows you to share on other social media

If you are into virtual reality (VR), Mavic Air is also compatible with DJI Goggles for an immersive FPV flight experience.

Mavic Air will be available in three colours: Onyx Black, Arctic White and Flame Red. The US retail price including the drone, battery, remote controller, carrying case, two pairs of propeller guards and four pairs of propellers, is Comes in two options of $799 USD and $999 USD, depending on the accessories you want with it.

It will start shipping on January 28, 2018. You can get more details about it HERE.

Snapchat now allows you to share on other social media