The demonstration of the in-display fingerprint scanner

During the CES 2018, the unveiling of the second generation of fingerprint scanners for smartphones to world took place. This first in-display fingerprint scanner was demonstrated, and that was done by a company we least expected but now actually a small company though. Not Apple or Samsung or even LG with their display prowess. We talking about Vivo who took the honors. TheÂ Chinese brand is one of the top 5 global smartphone makers.

Though rumours says Doogee V will be coming with a huge 6.2 inch display that features full HD resolution incorporated with same tech. 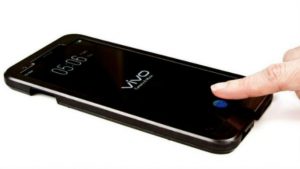 What do we mean by In-display Fingerprint Scanner?

Thanks to this new, screen-embedded biometric fingerprint sensor, smartphone brands can run away with design ideas as well. The restriction of needing a convenient location for the fingerprint scanner is removed.

How Does The In-display Fingerprint Scanner Work?

This new technology uses OLED displays and has the in-display fingerprint sensor located between the mainboard and the OLED panel. It remains invisible to the eye until needed. In any situation where your fingerprint is required, the spot will glow (manufacturers can get really creative here), so you can place your finger on it. Once the scanning is done, it fades away again till you need it.

Yes; this is really cool futuristic initiative. And you thought fingerprint scanners were already cool.

After the demonstration of the first in-display fingerprint scanner on a smartphone at CES 2018, Vivo has said that the phone is ready and will hit the market in early 2018. Which is anytime from now. It cannot arrive soon enough.

Of course, with this announcement, be expecting other brands to jump to this latest technology with their devices. What do you think?

WhatsApp Latest Update: You can now Listen to Your Voice Message Before Sending it

Checkout the launch date for Samsung Galaxy S9 and its specs