For more than a decade now, there has been revolution in human means of exchange for goods and services, all thanks to Bitcoin. The use of blockchain technology can be seen and the subsequent adoption of cryptocurrencies where a string of code is being considered as money – Currency. This revolution gained more minds through the rise of Bitcoin’s all-time high value to $20,000 in 2017. 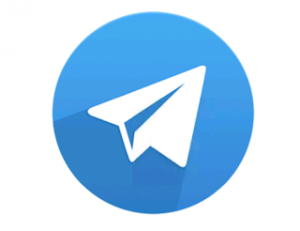 This goldrush in the cryptocurrency market has brought up a lot of cryptocurrencies looming everywhere. It appears Telegram is about to jump into the train, according TechCrunch reports.

Apparently according to some sources that communicated with the publication, Telegram is planning to launch its own blockchain platform and native cryptocurrency. The launch will be funded with an Initial Coin Offering (ICO), which is one we have seen on Ethereumâ€™s blockchain.

According to TechCrunch, apparently Telegram wants to raise as much as $500 million in the pre-ICO sale. The sources say that the ICO will require real currency like US dollars for a buy in, not Bitcoin or Ethereum like other ICOs.

According to a white paper they reviewed, the cryptocurrency will be called Gram. 4% (200 million Grams) will be reserved for the development team and they will keep at least 52% of the supply to maintain its flexibility.

This move could be big for Telegram Messenger. By having its own native payment system, it could open a lot of business for the over 100 million active users the platform has. This also builds up on the fact that they introduced Bot Payments last year on their
version 4 update which allows people to accept payments from users worldwide.