Huh! $1.6 billion suit? The popular music platform Spotify, has been jammed with a copyright lawsuit by Wixen Music, the music publisher of artists in the likes of Neil Young, Tom Petty, and The Doors. According to the complainant, the damages are value at least $1.6 billion together with injunction relief. 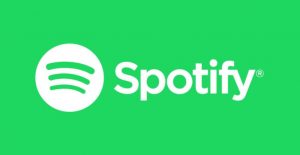 Wixen is the current license owner for tracks such as â€œLight My Fireâ€ by The Doors and â€œFree Fallinâ€ by Tom Petty. The music company claims that Spotify outsourced its work to a third party licensing and royalty services provider the Harri Fox Agency, which was â€œill-equipped to obtain all the necessary mechanical licensesâ€.

Spotify has plans to join stock market listing later this year, with its value currently estimated at $19 billion. The platform, available in 61 markets, offers over 30 million tracks to 140 million active users, 60 million of them being active subscribers, according to latest info.