Samsung To officially unveil the Galaxy S9 on February 25

Yes! We are in another year waiting for another Samsung flagship to be announced. If weâ€™re honest, we really thought for a second that Samsung was going to push the Galaxy S9 announcement up to CES. These were nothing more than swirling rumours.

Invitations were sent to the media to attend Samsung’s Press event in Barcelona, where the South Korean phone maker will announce its newest flagship: the Samsung Galaxy S9 (and S9+).

As a football fan, no 9 is your point man. We hope Samsung Galaxy S9 will come in a magnificent form with tremendous features. The invitation itself offers only a number 9 and the words: â€œThe Camera. Reimaginedâ€. So itâ€™s safe to say weâ€™ll be expecting some serious upping of Samsungâ€™s camera game. 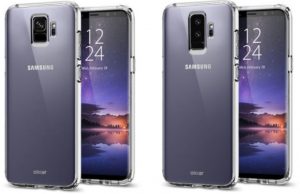 So far, based on leaks. Weâ€™re expecting the phones to look pretty similar on the front: 18.5:9 Infinity displays with slightly reduced bezels. On the back weâ€™re looking at a redesigned camera setup with the fingerprint scanner migrating towards the center of the back, just below the camera sensors.

Speaking of cameras, weâ€™re also expecting Samsung to offer two different camera experiences on the Samsung Galaxy S9: a single sensor on the S9 and a dual-camera sensor on the larger S9+ model.

Leaks have also suggested that we might see higher frame rates in slow motion on the Galaxy S9: 480 fps @ 1080p. Sony has already been the first to adopt nearly 1,000 fps on the Xperia XZ Premium so if Samsung delves into higher frame rates, we may see more smartphones with frame rates higher than 240 fps.

We can also expect a bump in performance and somewhat faster wireless charging. The 15W fast-charging model isnâ€™t expected to change this time around, though.

The phone is also reportedly going to open for pre-orders starting the day after the event: February 26 with units shipping to customers on March 16.

What would you like to see in the Galaxy S9?

Xiaomi brushes Samsung aside to become number one in India

BLU R2 Plus Specifications And Price