A new report from South Korea say, the firm is aiming to ship 320 million smartphones in 2018. Other targets by Samsung include 40 million feature phones, 20 million tablet units, and 5 million wearables. 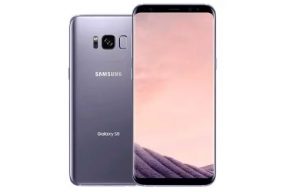 It’s worth noting that Samsung’s 2018 sales goal for smartphones is similar to what the Korean company reached in 2017. The report says that’s largely due to saturation in the smartphone market.

While the figure may not have increased, it’s should still allow Samsung to retain its lead in the smartphone market. Apple and Huawei, sold around 200 million and 150 million smartphones, respectively, in 2017.

Chaos in Biafra camp, as Nnamdi Kanu distanced himself from new...