Phone Making lndustry to be Set up in Ogoni-Land, Rivers

Nigerians will be happy with this good news especially the residents of Ogoni area of Rivers state as a company is about to set up a phone making industry in their area. This industry is reducing the unemployment in the area by 500. 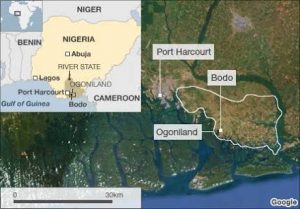 According to RoboMicheal Limited, a contract has been penned down with a Chinese company to set up a phone manufacturing factory in Ogoni land.

The phone factory, according to the Managing Director of the firm, Ayobo Michael Ibrahim, would empower over 500 people who would be trained in technology, adding that it would also address issues of unemployment in the region.

The firm was granted license by the Federal Government last month to operate the OML 11, and to also set up industries in the area. Thatâ€™s not all, a new global city would be built in the area, with shopping malls, health centres, and houses, adding about 25 non- governmental organisations would move into Ogoni after the completion of the project.

This is serving as nice development to the people of Ogoni land.