Guess year 2018 is going to be a year of foldable devices. Some months ago, ZTE unveiled the foldable Axon M, and Samsung is currently working on a similar device dubbed Galaxy X. And now, another one is prepping for the contest from a different manufacturer, Oppo. Oppo has just patented a similar phone design which has an outward hinge that, once unfolded, it will act as a part of the screen. 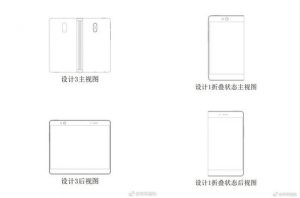 The patent entry also shows that the Oppo phone will pack a dual camera on the back of the unfolded. When you close it, you can use one of the sides for making calls, while the other can be used for taking selfies with the front camera and what appears to be an LED flash. 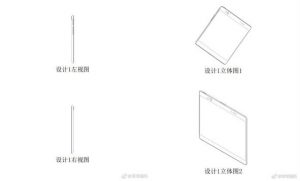 According to the renders from the sourceÂ (translated), mentioning the bezels, the side bezels appears thin and one of them will be of course absent when the device is folded in its regular shape.

Join Us On Telegram
Advertisement
ALSO READ:  Oppo A93 Specifications and Price
Advertisment

Reports Says iPhone 13 Will Use Soft Batteries For The First...

Nokia 10 with come with 5 camera setup