When we are yet to get 4G LTE in circulation, 5G technology is already falling on us. At last, the 3rd Generation Partnership Project (3GPP) has released the first official 5G standard, known as 5G NR. This means that mobile networks and device manufacturers can jump into action â€“ and some of them are already. Having 5G technology spelt out also means that mobile networks will not be able to pull wools over the eyes of subscribers by rebranding 4G services as 5G, which was how a number of them rebranded 3G services as 4G years ago. 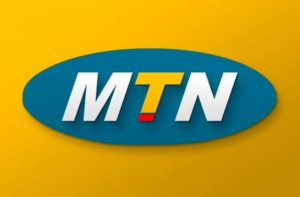 The 3GPP is a collaboration between groups of telecommunications associations

A number of networks are already planning trial runs. But back in November 14, 2017, MTN South Africa signed an MOU with Ericsson to start the first 5G trial in South Africa in early 2018. And now, they have conducted the first set of tests, clocking the highest ever mobile broadband speeds recorded on the African continent.

MTN South Africaâ€™s tests recorded about 20Gbps maximum speed with less than 5ms latency using 800MHz of spectrum in the 15GHz band. By way of comparison, Samsungâ€™s 5G trial runs have clocked a maximum of only 7.5Gbps

What MTN South Africa has now is a temporary 5G license solely for the purpose of the trials. A proper license will be required by the network to launch commercial 5G services.

4G networks have not maximised their potentials till now. They are not close to achieving their maximum speeds, and it is expected that 5G networks will not either. Still, once active, subscribers on 5G networks will experience much faster speeds than is available on 4G networks.

From 5G standard To 5G Smartphones

The first commercial 5G smartphones are far from ready, but Qualcomm has already demonstrated the worldâ€™s first 5G smartphone. It is likely that a number of device manufacturers are also at various stages of exploring 5G broadband technology.

Here Are The Countries With The Fastest 5G Internet Speed