MMM is back again. However, this time around, the scheme is about to launching its own native cryto-currency dubbed Mavro (MVR) and its admonishing all loyal MMM investors to participate in its ICO.

For those who does not know know anything about MMM, MMM is the most popular Ponzi scheme in the world, its was founded by Sergey Mavrodi and commenced in Russia before it later spread to other regions.

ALSO READ: Telegram Messenger Set To Launch Its Own Cryptocurrency

MMM was a huge success in South Africa and Nigeria in 2016, but this didn’t last long. Just like every other Ponzi scheme, it swindled investors off their hard earned money.

Now Sergey Mavrodi and his anonymous team have now decided to come up with something new, The launch of their own crypto-currency on Blockchain, which they described as the “first decentralized and absolutely transparent platform for Multi Level Marketing structures based on Blockchain Ethereum”.

The ICO is about to commence very soon, and its already being promoted on several internet forums, but unfortunately the MAVRO ICO have since been criticized on the internet by many, calling it another ICO scam and warned anyone who decides to participate in the ICO investment to do so at his/her own risk.

Visa Announces The Use Of Cryptocurrencies For Payments 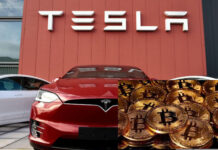