Meizu is popping up about two devices named Meizu 15 and its Plus version. Render suggested that both would have vertical dual-cam setup on the back with phase detection and laser autofocus and a 10-LED flash, first introduced in the Meizu Pro 6 Plus.

ALSO READ: Key Differences between the new Telegram X and the Regular Telegram 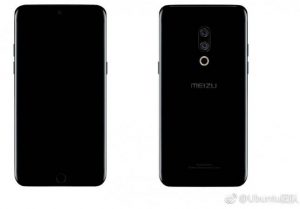 A display can be seen on the front, curved on both edges just like the Galaxy S7 edge and the Galaxy S8 duo. An Apple-like circular fingerprint scanner is positioned in the bottom bezel which might bring back the mBack button that got scrapped for a touch-screen Super mBack in the Meizu M6s.

Meizu 15 and the bigger Meizu 15 Plus will be official next month to mark the Chinese company’s 15th anniversary. Talking about price, rumors says the price tag should fall between between CNY2,999 and CNY3,499 (between $450 and $530).