Just when we are finally getting 4K and HDR in the mainstream, the ruthless and tech-crazy people at LG Display department have also been aggressively been working tirelessly to push its OLED technology to 8K.

Should we call this Triple 8? This is because come CES, LG will be show casing its new 88-inch 8K OLED display, which is both the highest-resolution and the largest OLED panel to date. However, talking about specs, no further details aside this. 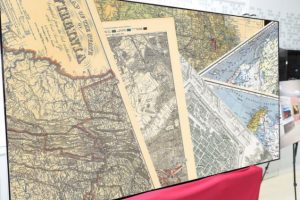 Before now, the largest OLED screen measured 77 inches, and it “only” came in 4K. While this combination is presently available to consumers via the companies such as LG Electronics, Sony and Panasonic, they all get their large OLED panels from LG Display.

With its main rival Samsung Display having long shifted its focus from OLED TVs to QLED TVs, LG Display is now the sole large-size OLED display maker in the world. That said, with potential competition from other countries like Japan, LG Display has made huge investments to ensure that it continues to have the upper hand by ramping up OLED production capacity, as well as to make a bigger push into mobile OLED panels — a market dominated by its Samsung counterpart.

Part of this includes the construction of a new OLED plant outside of Korea for the first time — in China’s Guangzhou city, no less, and this was recently approved by the South Korean government.

Is It Really Good To Charge Your Phone Battery Overnight?