Android Pay And Google Wallet merged to be it Google Pay

Both Android Pay and Google Wallet are payment services from Google and now the company has announced it will be merging all its payment systems including the two aforementioned platforms as one under one brand called Google Pay.

This new development will result to both services using one identity with – the Google Pay logo and branding wherever the aforementioned payment systems appeared. 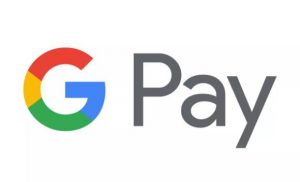 Is There Going To Be Any Change In Services?

Meanwhile, there is no cause for users to get worried because nothing really changed apart from the logo. Now, instead of seeing Android Pay logo when paying for things with NFC or Google Wallet while purchasing content on the Play Store, users will now see the universal Google Pay logo.

According to the company, Google Pay is currently available at services like Airbnb, Dice, Fandango, HungryHouse, Instacart etc.

Google also hinted it will bring “these experiences to Tez users in India”, though they didn’t throw more light on that. But it could be yet another payment platform for google users in India.