Google has added new features to its recently released file manager for Android devices, Files Go. Firstly, Before now, the app does not support tablet layouts but that is now available. So if you’ve been thinking of how to use Files Go on a larger screen, simply rush down to play store to get the latest version.

Another change is the SD card support that has also been added, which means users will now be able to see files stored on your SD card if you’re using one. Another new feature included in the new update is the option to open files in other apps.

Also, with the new version Files Go, you can customize which apps open your files with the help of a new setting â€“ â€œOpen with.â€ The new feature is meant to give Android users more flexibility and control when they want to open different types of files. 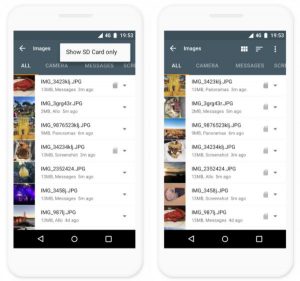 According to Google, more than 10 million people have already installed Files Go since its launch back in December. An interesting side of the app is that it an helped clean up more than 1.1GB of space on average.

Why not give it a try?

Key Differences between the new Telegram X and the Regular Telegram

leaks: Meizu 15 to have dual-curved display

All You Need To Know About Android Oreo Go Edition