In September last year, we told you about the deal between Google and HTC which is about $1.1 billion. The phone maker is handing over some of its employees and access to its intellectual property to the search giant in exchange for money. The agreement was approved by the Taiwanese Investment Commission in December last year, and today Google officially welcomed the new members of its team. 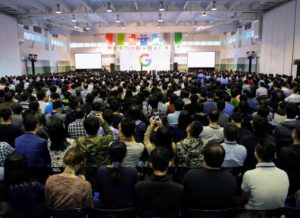 The deal includes about 2000 engineers who were already working on the Google Pixel 2 smartphone and its upcoming successors. They will remain based in Taiwan and Taipei will become the largest Google engineering site in the Asia-Pacific region.

Rick Osterloh, Hardware Senior VP at Google, commented that the hardware business is entering its third year and the company will keep building and investing for the long run. The company will create “radically helpful experiences for people around the world” with the new teammates, by combining Google’s AI, software and hardware.

Join Us On Telegram
ALSO READ:  Google Search gets smarter and Understands Questions Better Than Before
Advertisement
Advertisment

Google Pixel 2 set to be announced on October 5 with...

How To Enable New Gmail UI on Personal Gmail Account