Nigeria owned telecom giants, Globacom who prides itself as the country’s grand-masters of data has sliced its data volume into two. This simply means that the Glo 2GB data volume which was sold for ₦500 will now be ₦500 for 1GB. Same thing goes for others, such as 4GB for ₦1,000, which is now 2GB fo ₦1,000.

It appears things are rougher for the self-acclaimed grand-masters of data as it has also stopped the YouTube free data streaming at the beginning of this year and failed to to inform their so called esteemed customers. See below the screenshot obtain from a phone after attempting to subscribe for a data bundle. 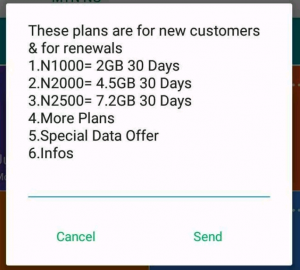