Nokia 6 (2018) was certified by TENAA last month, but now the Chinese regulatory is coming again with even more details on the smartphone. It listed all the specifications revealing that the chipset will be new, along with a slightly redesigned body, but the screen and battery will remain the same as in the original Nokia 6.

HMD Global will announced the Nokia 6 (2018) with Snapdragon 630, coming with octa-core CPU and Adreno 508 GPU. That would make it the second HMD phone with that chipset, following the Nokia 7, introduced back in October 2017. 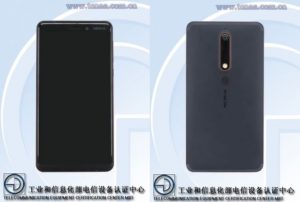 See the full revealed specs below:

The arrival on TENAA simply indicates that the official launch is near, so info on its pricing and availability will be made available soon.