UC Browser, a mobile browser hardly used in the West has outwitted the popular Googleâ€™s Chrome in some parts of Asiaâ€™s fastest-growing markets, making its owner Alibaba Group Holding Ltd. To have an advantage in the race among technology giants to draw the next generation of internet users to itself. 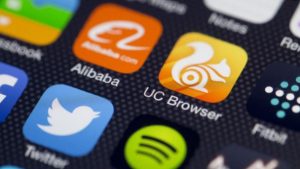 Millions of people in India, Indonesia and other developing markets getting online for the first time chooses UC Browser, owned by Chinese e-commerce giant Alibaba. According to a user;

â€œItâ€™s faster, it takes up less memory, and it looks betterâ€ than Chrome.

BABA, +0.19%, over ones made by U.S. rivals. Users say UC Browser works better in countries dominated by low-end smartphones and spotty mobile service.

India and Indonesia are among the last, great untapped markets for internet users. Just 30% of Indiaâ€™s 1.3 billion people are online, and only 25% of Indonesiaâ€™s 260 million use the web, according to the International Telecommunication Union, a United Nations body.

UC Browser, which has more than 430 million users world-wide, accounted for 51% of Indiaâ€™s mobile browser market over the past year, compared with 30% for Chrome GOOGL, +1.71% , according to web analytics firm StatCounter. In Indonesia, UC Browser led Chrome by 41% to 32% during the period.

Join Us On Telegram
ALSO READ:  Google is Collecting More Data About You Than You Can Ever Imagine
Advertisment

Google Launches RCS For Communication Between Companies and Customers