Airtel Nigeria has reportedly refused to submit a final bid for the acquisition of 9mobile despite being on the shortlist of five, according to TheCable.

Also, in another twist Globacom and Helios Investment Partners LLP submitted bids, but failed to make any financial offer for the embattled mobile phone company.

It was understood that Teleology Holdings Limited submitted a bid in excess of $500 million while Smile Telecoms Holdings quoted close to $300 million. This implies that only two companies made financial offers by the January 16 deadline.

Airtel’s U-turn came as a surprise to industry experts who had expected the telecom company to push all the way through so as to become the largest operator in the country.

It would automatically have shoot up its subscriber base, thereby moving from being number three to number one by increasing its numbers to 52 million for voice and 33.5 million for internet if it emerged the preferred bidder.

Reports says that Airtel decided to pull out because “many things are not too plain with the entire process”.

“Airtel believes too many things are hidden about the health of 9mobile, and that it is too risky for anyone to buy the company. Things became compounded with the court case by Spectrum Wireless. Remember the Strive Masiyiwa case over the ownership of Econet which hurt the company for a long time,” an insider in the deal told TheCable.

Spectrum Wireless, a shareholder of Emerging Markets Telecommunications Service (EMTS) — which owns the 9mobile licence — went to court against United Capital Trustees Limited — representatives of the debtors — in order to stop the constitution of an interim board for 9mobile after the take-off in July 2017.

Although it lost the case then, the federal high court later nullified the ex parte order, and United Securities has now gone on appeal. 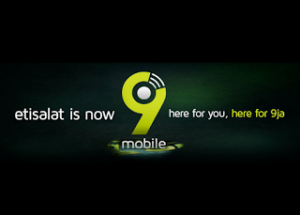 Airtel, which started out as Econet Wireless in 2001, went through a litany of boardroom crises as a result of litigation by Masiyiwa.

Debt Hanging On The wall

In July 2017, 9mobile, formerly known as Etisalat Nigeria, was taken over by banks following a N541 billion debt overhang.

Mubadala Group, the major investor from the United Arab Emirates, pulled out of Nigeria’s fourth largest mobile operator as a result of the debt owed to a consortium of 13 banks.

The telco was then put on sale, with Barclays Africa acting as transaction advisers.

Others are Bharti Airtel, an Indian telco that owns Airtel Nigeria, and Globacom, the Nigerian company owned by Mike Adenuga Jnr.

How To Subscribe For A Data Bundle on Your MTN MiFi...