By Andre Falana On Dec 9, 2017
Share
Join Us On Telegram
Related Posts 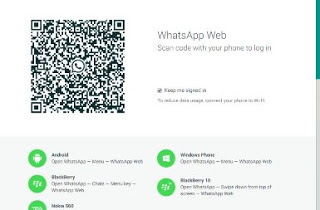 Will WhatsApp ever stop releasing new updates for its
messaging platform? Well, no and no one ever pray for that. According to the tipster
blog, Wabetainfo which is known for publishing pre-empted imminent features of WhatsApp
and known to be at least 95% correct in most cases, there would be an update
for the WhatsApp Web/Desktop version.

The updates coming will be to Web/Desktop version includes;
Private Replies

WhatsApp will improve the reply feature, and in future the
app will allow the user to privately reply to a message received in a group.
There will be a new option called “Reply privately”: when
selected, WhatsApp will automatically open the chat with the contact to send a
message. The sent message will quote the group message. 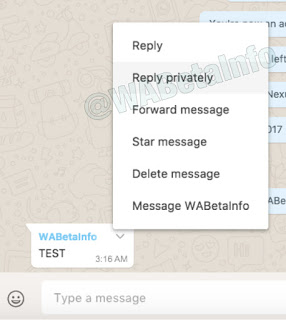 Picture In Picture
Feature
WhatsApp will allow to watch sent and received videos in a
new separated window: this is the PiP feature!
A new icon will be available when you’re watching the video:

When the user selects this option, the picture in picture
will be started with the selected video, presenting a new window with a very
nice UI:

Kindly take note that these mentioned features are currently in the lab, not yet available for download.
Share