Do You Want One? The World’s Smallest Phone

The same set of humans that wants almost 7-inch display for what they carry around as phones will be the same set of beings that will wish to have the smallest screen, primarily for phone calls. Count me among them. To meet our needs if you are in this category, a group of people are about to offer us the worldâ€™s smallest mobile phone. Do you wish to have one? 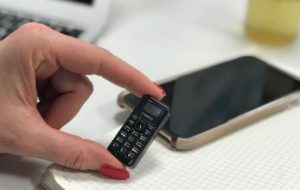 The manufacturer describe it as the smallest fully functional mobile phone in the world – Zanco tiny T1. So, how small exactly do we mean? Its dimensions are 46.7 x 21 x 11 mm. In plain words, its height is about one third the height of the average 5.5-inch smartphone. The T1 is so small that it fits into your tiny jeans pocket.

It is a 2G model with only voice and text capabilities. Bad news for twitter handlers right? Never mind! After all, the screen is might be too tiny for you. It has a Nano-SIM slot 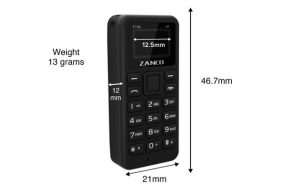 Zanco T1 comes with an internal storage of 32MB which is not expandable and can store 300 contacts and 50 SMS messages. The battery though, 200mAh capacity. 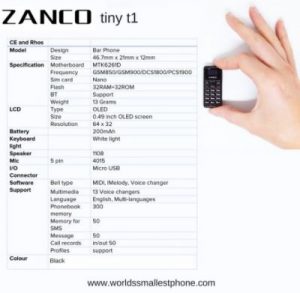 Obviously, this phone is purely for making call and even for text message, you might want to have a rethink cos of backing them up. The phone is a type of phone to you carry along as a backup on a mountaineering trip, for instance.

The prototype was completed in November 2017 and the makers are set to commence commercial production. Zanco have launched a Kickstarter campaign to test the waters. The campaign will end in January and the phone will start landing on shelves from May 2018. A pledge as low as $47 can be made in order to get one. That is approx. â‚¦18,000 by the current exchange rate.

Do You Really Want To Get Such Phone At That Amont?

Base on the current price tag, this might not be a great bargain for Nigerians, in view of that one can buy a Nokia 3310 2017 that even has 3G support for a little above that price and a Freetel ICE 2 for â‚¦5,000 less. You want to go for one from network provider, there is a 9mobile Rhino 2 for about â‚¦4,000 less.

Now, push the price brouhaha aside, people with big hands should try and forget about coming across this type of phone. You know what I mean. So, the question is, would you love to get one?

BLUBOO X: A Clone And Cheaper Version Of iPhone X