By Andre Falana On Dec 25, 2017
Share
Join Us On Telegram
Related Posts

HMD Global is set to bring back the hand of time by
rebranding the Nokia E71 in 2018 which is reportedly going to be launched
alongside Nokia 9. The duo are expected to be announced in the first quarter of
the New Year. 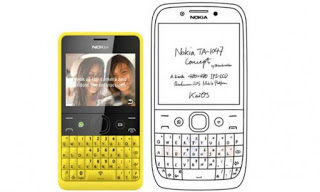 As far as specs is concerned, the device will feature a
3.5-inch touchscreen display with a resolution of 480p. It will be powered by a
Qualcomm Snapdragon 205 chip specifically designed to bring 4G LTE on
low-budget and feature. Despite being a feature phone, unlike others, the E71
(2018) is expected to come with a 1 GB RAM and an inbuilt storage of 8 GB.
Talking about its camera setup, the Nokia E71 (2018) will back
a 3MP main camera. Report says the device will come in single SIM and dual SIM
variants, depends on market.
For its price tag, an unofficial report says the phone is
likely pull out $300 from interested buyers’ wallet while another one says it
may cost around $150 to purchase it.
Well, this information should not be taken to the heart with
100% belief as we are still waiting for info on the official release of the
phone.
Via
Nokia 9Nokia E71 (2018)
Share