By Andre Falana On Dec 21, 2017
Share
Join Us On Telegram
Facebook has recently been so busy with the rollling out various update on its platform. And yet again, another one is out with features that allows you to manage your identity better on the social networking site. 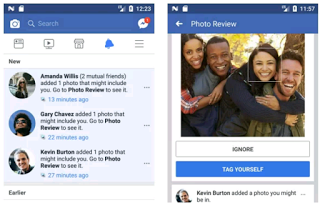 The feature dubbed Face Recognition Technology gives users the ability to issue notifications whenever they show up in another user’s photo.
This means that if the feature is enabled, Facebook will spot you in a photo, if you’re among the audience that took the photo together. You will receive a notification, even if you are not tagged in the shared photo.
Related Posts

This is a good development, especially for celebs whose photos are being used by scammers. According to a blog post by Facebook, You are in control of how your image spread on Facebook and have the ability to choose whether to tag yourself or not, as well as reach out to the person who shared the photo if you deem it necessary.
You’ll also get an alert if someone is trying to impersonate you on Facebook by using your photo as their profile image.
Kindly note that the application of this feature is 100% within your control, that is, its optional. You can decide to turn it on/off. If your tag suggestions setting is currently set to “none,” then your default face recognition setting will be set to “off” and will remain that way until you feel like changing it. 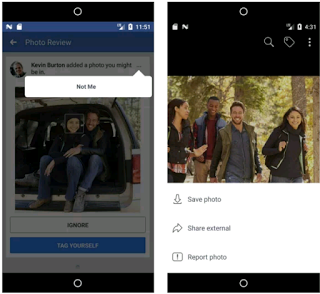 The social network giant will also be introducing a new feature for visually impaired people that allows you to identified those who appear on photos on your news feed even if they aren’t tagged.
facebook
Share