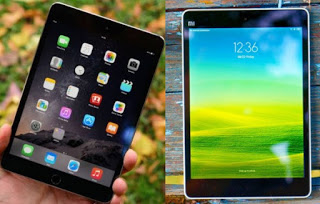 In 2014, Xiaomi filed an application with the Intellectual
Property Office of the European Union (EUIPO) to register Mi Pad as a trademark
in the EU. This did not go down well with Apple, so it decided to challenge the
application on the grounds of English-speaking consumers might mistake Mi Pad as “my pad, ” and thus this sounds too close to iPad.
The General Court of EU said the complaint upheld by EUIPO
in 2016 was correct, therefore not allowing Xiaomi to trademark its tablet
series.
Related Posts

According to the court’s statement, “The dissimilarity between the signs at issue, resulting from the
presence of the additional letter ‘m’ at the beginning of ”Mi Pad“, is not
sufficient to offset the high degree of visual and phonetic similarity between
the two signs.”
It’s still possible for Xiaomi to appeal the judgement in
front of EU’s highest court – the Court of Justice of the EU, based in
Luxembourg.