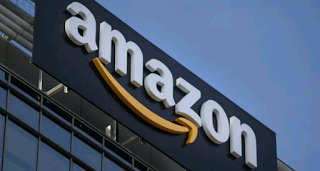 Recall that way back in late September, YouTube was pulled away from the Amazon Echo Show and its 7-inch display. It did not go down well with Google when Amazon had eliminated some certain features from the version of YouTube that was being used with the smart speaker.
For instance, Amazon removed the autoplay capability, which lets viewers to sit and watch next video when the current one ends without  touching the player. Amazon also stopped Echo Show users to subscribe to a YouTube Channel after disabling the function. These channels are where users finds videos shared by a particular company, or individual.
Related Posts

Amazon allegedly working on how to seek revenge because of Google’s decision to pull YouTube from them. A filing discovered at the USPTO indicates that the popular online retailer has filed to trademark the called AmazonTube. According to another report, Amazon is also looking for protection on the trademark “OpenTube.”
Both names suggests a streaming video feature that Amazon will provide for its Echo users.
The complete trademark filing submitted by Amazon shows that AmazonTube will offer many of the same features that Google does with YouTube. That will come with ‘software that allows users to designate specific content for future viewing.’
Of course, Google’s YouTube which it acquired in 2006 is by far miles ahead in this category. Thus, Amazon has a long way to go.
AmazonAmazonTubeOpenTube
Share