The YouTube app has finally been eliminated from Amazon’s Fire TV devices four days earlier than expected, as a row between Amazon and Google lingers.

People are now being encouraged to make use of the YouTube website instead of the app on Fire TV. Google had earlier gave warning in removing the YouTube app from Fire TV devices on 1 January, 2018.

Both companies allegedly failed to reach an agreement to provide access to each other’s services. 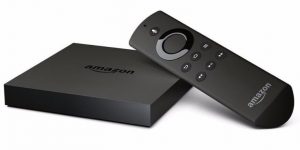 “Given this lack of reciprocity, we are no longer supporting YouTube on Echo Show and Fire TV. We hope we can reach an agreement to resolve these issues soon.”

And on Friday, Amazon released a statement saying: “YouTube and millions of other websites are accessible by using a web browser like Firefox or Silk on Fire TV.”