TellForce Blog
Home Telecoms Airtel about to roll out 4G LTE network to 3 states this...
Twitter
Pinterest
Linkedin
ReddIt
WhatsApp
Tumblr
Email
Print
Telegram
Advertisement
After months of announcing
its readiness to roll out its 4G LTE network, the public is yet to see it. However,
may be the wait is almost over. 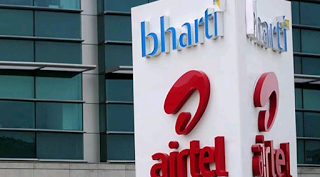 According to an insider who preferred to be anonymous, claim
Airtel will be rolling out there 4G LTE network this December to two states and
the FCT which are Lagos and Port-Harcourt, then other states follows.
It would be recalled that the Managing Director of Airtel
Nigeria, Segun Ogunsanya said in December, 2012, that Airtel was the first
telecom operator in the nation to have completed a successful 4G trial within
Lagos.
He said the development is in line with Airtel’s commitment
to lead in innovation and front in a mobile internet revolution in Nigeria.
He said: “This is a
new dawn for mobile internet in Nigeria.
“Airtel and ZTE’s
collaboration to roll out 4G service plan in Nigeria will dramatically improve
mobile internet experience for telecommunications consumers across the country.
“Indeed, Airtel is
committed to strengthening its position as a true pioneer of innovation in the
Nigerian telecommunications domain.
“This is in line with
our overall corporate vision of becoming the mobile Internet service provider
of first choice for every Nigerian.”
ZTE Corporation’s Regional Vice-President, Zhang Ruigang,
noted that ZTE would work with Airtel Nigeria to build the first-class 4G LTE
network and provide the telecommunication network the best long term service
(LTE).
Ruigang, said: “4G LTE
is a truly global mobile phone standard for advanced mobile broadband.
“Airtel’s 4G LTE aims to offer users faster, more reliable
mobile broadband internet for devices like smart phones, tablets and
laptops.”
Join Us On Telegram
ALSO READ:  MTN Roaming; Free Incoming Roaming Calls
Advertisment

Airtel, MTN, ntel, and 13 Others battles for 9mobile