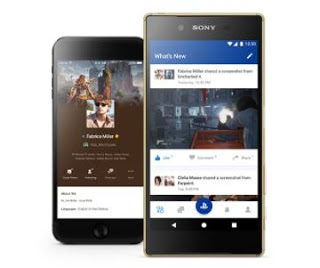 The first noticeable change is the addition of a couple of
new tabs at the bottom of the screen to make it easier and quicker to switch
between viewing who’s online, checking notifications, and follow the latest
activities and posts from the PlayStation community and friends.
More essentially, a new central PS button has been added to
enable users to access the various features of the app faster and easier. For
example, simply tapping the PS button will give users instant entrance to the
PS Store and also the upcoming events window.
Furthermore, in the same report, the Japanese company
announced the release of a brand new PS4 Second Screen mobile app (Android and
iOS), which enables users to navigate their PS4’s menu, use the on-screen
keyboard and view extra content in compatible games (that is maps, radars).
The new app is now available for download in the App Store
and Google Play, however, for people who have the old version installed would
only need to update to the latest version
ALSO READ:  Infinix Smart HD 2021 With Helio A20 Launched In India
Advertisment

Google announces Inside Music, it shows music lovers what makes a...

Here’s The List Of Honor Devices To Get The HarmonyOS...