TellForce Blog
Home News N-Power: Nigerians should report candidates who already have jobs
Twitter
Pinterest
Linkedin
ReddIt
WhatsApp
Tumblr
Email
Print
Telegram
Join Us On Telegram
N-Power, The Federal Government empowerment scheme, has called on the general public to report candidates who already have a job and went ahead to apply for the voluntary job. 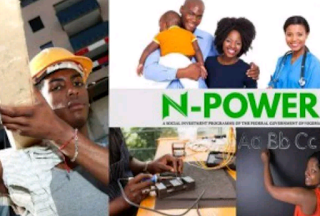 According to N-Power, such persons will immediate be removed from the list of the pre-selection candidates for the physical verification.

The scheme also said selection of candidates was done based on information submitted by the applicants.
It wrote on its twitter handle, “Know anyone who has been pre-selected and has a job already, report them NOW.

“Know anyone who has been pre-selected and has a job already, report them let us make room for the unemployed.

“We pre-selected based on the information given. A shock is waiting for those people at the physical verification stage.”

The scheme had earlier released the criteria used in pre-selection of candidates for the physical verification.
ALSO READ:  Apple M1 Chipset Launched With A Powerful 8-core Processor For Macbooks

Ghanian Police says Tonto pulled out a gun to shoot her...