TellForce Blog
Home News Music recognition in Google Assistant now available for Non-Google devices
Twitter
Pinterest
Linkedin
ReddIt
WhatsApp
Tumblr
Email
Print
Telegram
Advertisement
Join Us On Telegram
Google has announced that the Assistant’s capacity to identify
music/songs being played around users is now available for non-Google devices
as well. The functionalities – which works like Shazam or SoundHound – was only
opened to Pixel 2 phones until now. 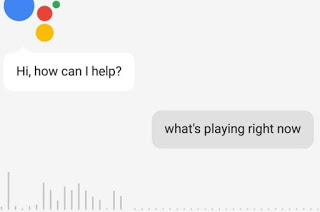 Reports confirm the feature now works on devices from other
manufacturers such as OnePlus and Nextbit. The below screenshots were taken
from a OnePlus 5 device and this appears to have confirmed it:
Should the Assistant app on your device refuse to recognize
music yet, don’t worry, it’s possible that you are yet to receive the update on
your device. Google says the rollout started last weekend, so you’ll need to
exercise a little patience for a few more days.
ALSO READ:  AnTuTu's Top 10 Best Smartphones For June 2020
Advertisment