By Andre Falana On Nov 27, 2017
Share
Join Us On Telegram
IoT has finds its way to MediaTek world as the chip making
company announces its latest chip to the world. The MT2621 SoC is built to allow
extended coverage, cross-market application with network transition function, as
well as phone calls. This simply means devices such as wearables, smart
trackers, and IoT devices. 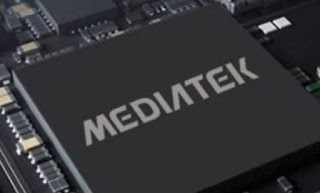 The chip supports all ultra-low/low/mid bands defined by the
3GPP Rel-14, denoting that a single design can enter gloabal markets for a reduced
rate and development time.
The dual-mode IoT SoC has the functionality of both NB-IoT
R14 and GSM/GPRS connectivity. It has the ability to support one SIM card with
antenna that covers both cellular networks.
As far as it specs is concerned, the MT2621 comes with a
single ARMv7 CPU running at 26 MHz and 160 KB + 4 MB embedded memory. It
supports Linux-based apps and comes with LCM, camera and audio AMP interfaces.
There is also Bluetooth 4.2 connectivity.
MediaTekProcessors
Share