Google Pixel 2 mic not working while on calls? Funny solution but working

By Andre Falana On Nov 9, 2017
Share
Join Us On Telegram
There’s has been reports flying here and there about Mic
failure experienced on the recent Google’s flagship – the Pixel 2 and Pixel 2
XL.  The phone’s microphone doesn’t work
in some major states, such as when on a call or while using Assistant. 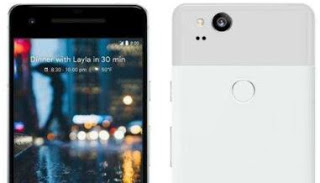 This reports and other minor issues encountered emanated
from their users who own either of the two.

The problem – Mic failure has generated a new thread at
Google’s Product Forums. Currently, the tech company is gathering those bug
reports, expectantly to provide a fix to it.
Related Posts

Now, there is a funny but working solution to remedy the
issue, though it’s temporary one. The solution was discovered by some users of
the Pixel devices while sharing their experiences. To solve the problem, you
will have to blow air into the bottom speaker. 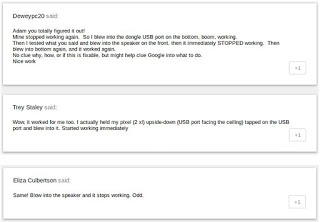 A user shared video and some other users also confirmed that
the solution works. Though it’s funny and but temporary way out of the mess,
pending the official solution from the maker.

Android 8.1 Oreo to arrive in coming weeks as confirmed by Google

What’s eSIM about? How it works and its importance