By Andre Falana On Nov 29, 2017
Share
Join Us On Telegram
Related Posts

According to a report from A Twitter user suggested, Facebook
appears to be working on implementing a new type of “captcha” to
verify your identity. Though, no information yet on under what situations the
new identity check will be triggered — possibly, it will be used for cases of apprehensive
doings on your account or turn out to be a regular way to log-in in the future. 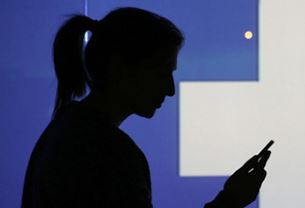 The tech company has explained that the main objective behind
the introduction of this captha is mainly to protect user data from third
parties.

Some users took to Twitter to report that they’ve come
across a new Facebook prompt asking for a “photo of yourself that clearly
shows your face,” followed by a promise that Facebook will delete the photo
from its servers after your identity has been determined.

a friend sent me this: Facebook is now locking users out of account features, then demanding that those users “verify” their account to get back in by scanning an image of their face. AN IMAGE OF THEIR FACE. pic.twitter.com/T4TIsJFxX8

In a statement to Wired, a Facebook spokesperson clarified
that this security feature is intended to “help
us catch suspicious activity at various points of interaction on the site,
including creating an account, sending Friend requests, setting up ads
payments, and creating or editing ads.”
This method of confirming the user’s identity is automatic,
but it’s one of numerous used by Facebook—both manual and automated—to
authenticate users and to detect suspicious activity. What the system considers
“suspicious,” however, remains unclear at this point, as Facebook has
declined to share more light on the subject to prevent the possibility of the
system being manipulated.

You can now watch YouTube videos directly inside Your WhatsApp