TellForce Blog
Home News Checkout the interface of a dual-screen ‘Galaxy X’ prototype
Twitter
Pinterest
Linkedin
ReddIt
WhatsApp
Tumblr
Email
Print
Telegram
Join Us On Telegram
Some many articles have been flying around concerning the anticipated folding Samsung Galaxy X, but, the device itself is yet to be seen. 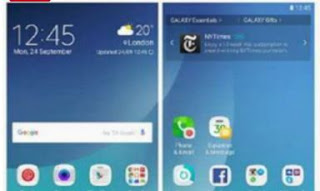 All we know was from the patent application filed by Samsung which revealed some functionalities and the operation of the so called foldable, dual-screen phone. 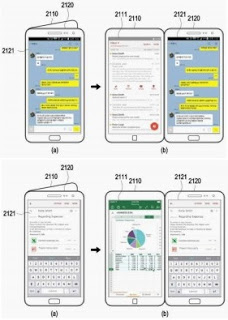 The two screens functions like a physical split screen – both running its own app with its own app switcher. This works in both portrait and landscape orientations.

Another mode is similar to the Nintendo 3DS with the apps or games drawing different parts of their interface on each screen. This mode will obviously depend on Samsung APIs as Android has no native support for this. 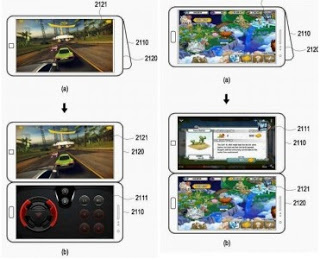 By the way, the recently launched ZTE Axon M – also a foldable, dual screen phone – works in much the same way.

Anyway, Samsung has also thought of some interesting uses for the second screen when the phone is folded. For example, the phone could show the cover of the book you are reading to get an experience similar to real books – where everyone around you knows you’re reading A Clockwork Orange because they can see the book cover.

Man U to face Rostov while Roma battles Lyon in UEL...