By Andre Falana On Nov 14, 2017
Share
Join Us On Telegram
Apple’s TrueDepth selfie camera currently has a 3D sensor but
the rear camera might start having its own 3D sensor from 2019. The tech giant
is said to be in talk with several component suppliers and weighing its
options. 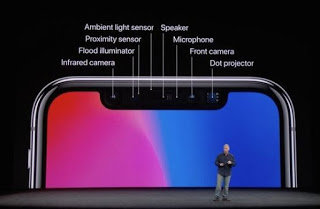 The rear 3D sensor will aid in enhancing the Apple’s ARKit
as it will offer true measurements of distance instead of the estimates
provided by the camera setup. Apparently it will also be used to enhance
Portrait mode, just like the selfie camera.
Related Posts

Unlike the front sensor – which users the structured light
approach of the original Kinect – the rear sensor will use a time-of-flight
camera. This is the tech used by the second-gen Kinect (the one that shipped
with the Xbox One).
Time-of-flight sensors are already used in Project Tango
phones like the Lenovo Phab2 Pro and Asus Zenfone AR.
Google has been working with Infineon for Project Tango
sensors, which is one of the companies that Apple has been talking to. Sony is
another, as well as Panasonic and STMicroelectronics.
Source
Camera
Share

Internet of things: Checkout the $150 iKettle that uses your iPhone to boil water