By Andre Falana On Nov 8, 2017
Share
Join Us On Telegram
Apple is reportedly working on a new iPad with Face ID for next
year 2018. 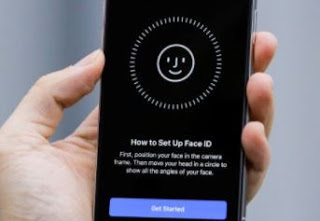 The report which is from Bloomberg states that that this new
iPad will have the familiar sized display 10.5-inch, similar to that of iPad
Pro. However, the new possible trend which was started with iPhone X –
elimination of the Home button with Touch ID in favor of the new Face ID
technology.
Other prominent changes also includes the introduction of a
thinner bezels, possible a reason for eliminating the physical home button due
to space.
Related Posts

The report also states that the new iPad will not feature an
OLED display, something the iPhone X spots – what prompted experts to hail it
as the best smartphone display ever tested.
As shown in the image above, it’s expected that the new iPad
will still have some bezels due to the way tablets are held compared to
smartphones. This as well means the Face ID sensors will be placed within a
thin bezel rather than intruding into the display. Since Apple is using the
same displays, notches are not expected in them.
The new slate is expected to go on sale in 2018 around the
same period as this year’s iPad Pro launch.
iPad
Share

How to bring back the home button on iPhone X

iPhones and iPads With 5G Support To Use mmWave Technology

WhatsApp For iPad Coming Alongside The Multi-Device Support…