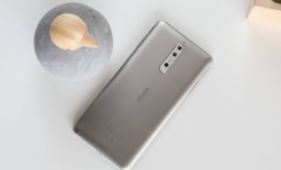 XDA Developers fan forum users says, Nokia 8 model with
numbers TA-1004 and TA-1012 are among the fortunate devices to get Android
Oreo. And this was confirmed by the HMD executive Juho Sarvikas. 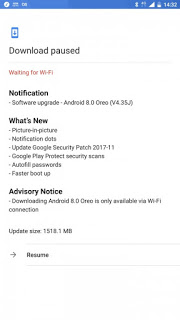 The software upgrade comes with new features like
Picture-in-picture, detailed Notification dots for every app and Autofill
passwords. It also brings the November Security patch and faster boot times. There
is also dual app mode, for example, you can be watching YouTube videos and
browse at the same time.

The camera performance has also been improved. You still
can’t set up the ISO and shutter speed manually, but the shutter can stay open
for up to 0.5 seconds. Back in August, when the phone was announced, the AF had
some issues, but now they are fixed.
Sarvikas says the update would be available to everyone in
two days, but if any carrier chooses to review the upgrade one more time, some
users might have to wait a week more.
ALSO READ:  U.S to get Moto X4 Android One variant