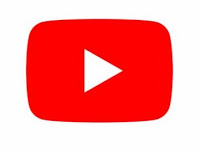 Google bringing on new features here and there to all its
platforms. However, YouTube is not left out as it has started testing a new
auto-play feature for videos.
This should not be confused with a current
similar feature (that enable the mobile app to automatically play the next
video when you are through with the current one), this latest feature is for
the videos that shows in the Home feed.
The Videos plays without sound and rather you see subtitles,
making users to have an idea on what the video is available. 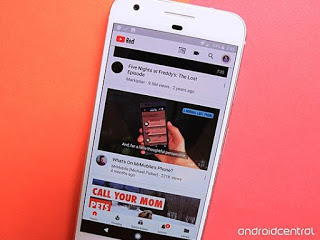 With this feature, you can even watch a complete video, the
playback will immediately stop the moment you scroll up or down, resulting in
the present video (that’s now visible on screen) being auto-played.
The functionality – which has only been spotted on YouTube’s
Android app so far – is called ‘Play as you browse,’ and it can be disabled by
heading to Account -> Settings -> General. 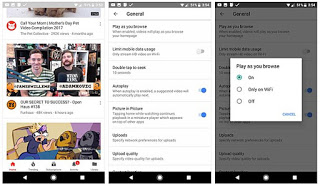 The user can also set it to be enabled only when your device
is connected to Wi-Fi. There’s currently no information on when this
functionality will be rolled out more widely, but that probably depends on the
feedback it gets.