By Andre Falana On Oct 3, 2017
Share
Join Us On Telegram
Related Posts

WhatsApp released its
own set of emojis, and the characters look almost alike to those of Apple. 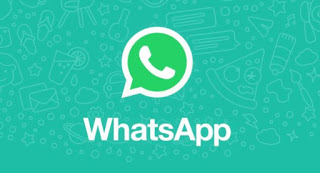 The Facebook-owned company had on Monday released an exclusive
set of the symbols that will be used in its messaging app. Earlier, WhatsApp
had been using Apple’s emojis not only in its iPhone and Mac apps, but also in
its Android app and its app on Windows devices.

WhatsApp has unveiled its own emoji set and it looks a bit familiar https://t.co/0UDW2HDLeu pic.twitter.com/VB3cmmYukE

In spite of the change, it looks like WhatsApp got inspired
by Apple’s designers. For most people, it’s difficult to know the difference
between WhatsApp’s emojis and Apple’s.
However, that does not mean they are indistinguishable.
WhatsApp’s information desk lady emoji has a teal shirt and a bob, while
Apple’s has longer hair and a purple shirt. And also, WhatsApp’s ghost emoji,
unlike Apple’s, doesn’t have a black eye or gray shading.

WhatsApp’s symbol set is only in beta. So, it’s possible the
company will tweak some of the icons before officially launching them.

The rollout of the new WhatsApp emoji comes as Facebook is
going in the opposition direction with Messenger, its other big chat app. The
social networking giant on Monday announced that Messenger would no longer be
using Messenger’s own proprietary set of emojis.

Instead, the Android and web versions of Messenger will use
Facebook’s set of emojis, yet another set of symbols the company has created.
Meanwhile, the iPhone version of Messenger will rely on Apple’s emojis.
AndroidiOS 11
Share